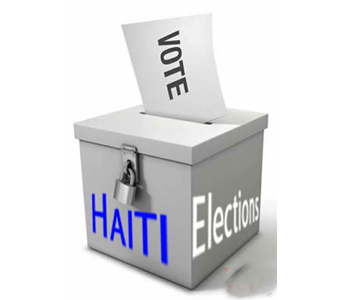 Lavalas knows very well that “rache manyòk” is not feasible, so their mobilization on the streets is nothing but a part of their campaign strategy to imposingly win the next elections.

They were very dormant for the past two years, so they had got to find a way to wake up their troops and get them on their feet once and for all.

The Tèt Kale camp needs to take this wave of sporadic protests very seriously. They must not play the game of their opponent. Otherwise, they will know an embarrassing defeat.

By definition, a Political Action Committee (PAC) is a type of organization that gathers campaign money from members and donates those funds for the purpose of influencing an election. It may engage in unlimited political spending independently of the campaign to campaign for or against candidates, ballot initiatives, or legislation.

How to prevent Lavalas?

Effective political campaigns cannot be possibly run without money. So you need money to effectively campaign against your opponents. The game has long changed.

If the Tèt Kale PACs want to capitalize on the next elections, among many things they need to do, they need to wage an aggressive and brutal media war against Lavalas.

The Tèt Kale PACs, with small 30- to 60-second political spots (audio and video), need to hit the mainstream radio and TV stations in Haiti and the Diaspora and all the social networking sites. The content of these spots is what will determine their effectiveness. So expert advice is highly warranted to put these spots together.

The purpose of these spots is to highlight the reasons (based on historical data) as to why Lavalas is bad for the country in this era of modernization and social and economic development and why their candidates represent what the country needs to keep moving forward.

Also, the Tèt Kale sector needs to select winnable candidates with a clean record to represent them in these elections. That means a vetting committee needs to be instituted to thoroughly examine the records of these potential candidates before they are selected.

Lavalas can be beaten easily. It will depend on the game plan of the Tèt Kale sector. As I often say, when the playing field is leveled for all the players, the team with the best strategy is the one poised to win the contest.