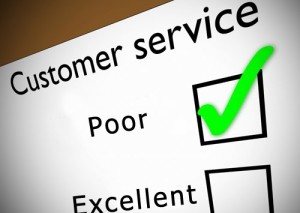 Before I get to the crux of this piece, please understand I love my Haitians despite their flaws and imperfections. That’s part of what gives us our distinct character. This piece is being written to shed light on a chronic and pervasive issue in the Haitian business community. To be quite honest, this piece could extend to also incorporate the entire Black community, but I’ll focus on our people for now.

I’m a chronic bootlegger. If I can download it for free, I will. Hey, there’s no shame in my game. Times are hard. The avenue with which to download anything I am looking for is easily accessible and super convenient. For some reason, though, I decided to support the Haitian music industry (HMI) by purchasing a few Haitian CDs. I took it a step further and decided to order from a Haitian website: everythinghaitian.com (EVH). I’ve been on the site before. I’ve even made purchases before. I had an issue in the past, but it was resolved; I thought nothing of it. I figured I’d give EVH another chance. I mean they are Haitian, so why not, right?

So I made my purchase back on September 20, 2010. I spent a little less than $45 on this site, which was debited from my account the very next day. I received two receipts immediately. That was new! I was excited that from the last time I made a purchase, a few things had changed for the better. I figured by the end of September -early October the latest- I’d be blasting my Kompa. Boy was I wrong!

Today is November 9, 2010 and I still haven’t received my CDs. Attempts made at contacting someone from the company has been met with silence. The only form of contact available is e-mail, which is also new. At least I had a phone number to call to speak to an actual person last time. I’m fairly certain that e-mail account was set up to avoid having to speak to customers. Better yet, is anyone actually monitoring it?

I’ll give another example. When I’m feeling too lazy to cook, I’d order from a Haitian restaurant. When you call in, you’re greeted with attitude from whoever is on the other end of the line. The specials are never listed over the phone; the wait for the food is exorbitantly long, and a simple “Thank you! Please come again!” is never uttered. God forbid you go to the restaurant to eat. It’s very likely you’ll leave before being served. Between the inefficiency in the kitchen, rude waiters/waitresses, and the total disregard of your presence in the establishment, most people will leave with their money in tow!

Basic customer service skills are necessary to sustain any business, especially when contact with the consumer will be made regularly. A greeting, a smile, and a genuine effort to be of service go a long way in assuring the customer that their hard-earned dollars are appreciated. Which begs the question, why then is it so hard for Haitian businesses to adapt to such a customer service model? Don’t get me wrong. Not every single Haitian business out there has poor customer service, but it seems as though there’s a majority that do and that’s a HUGE issue if they are to be financially viable in this economy.

So here’s my overarching question: how do I support a business that obviously doesn’t value me as a customer? I can answer it: I DON’T!!! I take my business (and MONEY!!!) elsewhere. If enough customers follow my lead, there won’t be any Haitian businesses left standing. That would be a shame, indeed!

A quick word of advice to current and future Haitian business owners: if you want customers, you have to learn to appreciate them while servicing their needs to the best of your ability. Learn what it means to provide superior customer service and make that a practicing standard in your business. Relying on Haitian camaraderie to get by is simply not going to cut it! Haitian or not, my money goes to the person(s) that is/are trying to make me happy as I spend it. If you happen to be Haitian, awesome! If not, your loss. Get yourselves together and I guarantee your returns on investment and profit margins will increase exponentially!