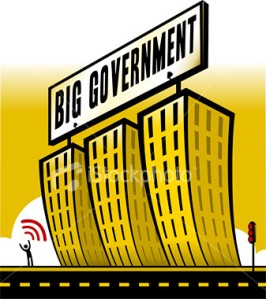 The role of government in this type of economy is to guarantee the fluidity and complete functioning of the world of business. That is so easy to say. But how can government make that possible? That’s where the bulk of the challenge lies.

Government makes possible the fluidity and functioning of the business world by enacting and implementing laws/policies that could guarantee the rights of the individuals to own properties and have these rights secured and respected. Also, government must strengthen the institutions that could guarantee the security of the physical aspect of all private investments in a stable political climate.

There is no doubt that government alone cannot make an economy work for the betterment of all its citizens. It does need to partner with a progressive private sector (watch the emphasis put on the word progressive) to make that happen.

Government must not position itself as the ultimate competitor, which, sadly, is and has long been the case in Haiti, our beloved country. When you have government -whose primary job is to guarantee a safe environment suitable for business -competing against the private sector, the market tends to become unfair, which in itself is a detriment to economic development and progress.

It is imperative that government guarantee a secure and politically stable playing field where all the players in the economy can play freely within the realm of fairness and dignity.

What we need to keep in mind is that business people are like migratory birds. They would build their nets and lay their heads wherever they can find their peace of mind to operate, without having to be reminded of the possibility of their investments being ransacked. So when you have a volatile political climate -where any unexpected thing can happen at any given time, which may put in jeopardy the security and good operation of private investments -then you have a situation that cannot synchronize itself with the expectations of the private investors. What will happen next? That’s when you start seeing private investors leaving the economy for places where the security of their investments can be guaranteed, creating an anemic economy.

We need to do more to attract private investments from foreigners and Haitian natives living in the country and in the Diaspora. Money is just as important to the economy as blood is to the human body. No economy can survive without money circulating in it.

I’ve said this before and I am going to say it again –this time I am going to say it louder so it can finally register in the carcass of your heads. THE ERA OF “DECHOUKAJ,” “KRAZE BRIZE,” KIDNAPPING, INTOLERANCE AND LAWLESSNESS MUST BE OVER!!!!! These practices have not produced positive results for the country as a whole and the economy in particular. We have been doing “dechoukaj” and “kraze brize” since 1804, the year our nation was officially created, what have we gained? I can tell you that we have not benefited anything positive. Instead, we are progressing backward.

So, what is the job of government in a free market economy? It is to make sure that the democratic and institutional structures are in place and strong to guarantee a stable political environment and a strong economy. That’s when we’ll start seeing investments coming in, and we will be able to keep the ones that are already in the economy. Needless to say that security and political stability are paramount.

5 comments on “ROLE OF GOVERNMENT IN A FREE MARKET ECONOMY”