Sometimes, I go hard on the president, especially when I see him playing softball with the 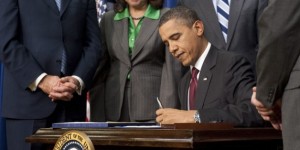 Republicans who want to see him fail. But no matter how hard I go on him, it’s all out of love for the man I voted for. This time, I believe he deserves to be praised for such an outstanding cruise to the finish line.

In this lame duck session alone, in this one-month worth of legislative session, he won more legislative victories than some of his predecessors did in their entire years in office. In just one month, after he got slammed in the midterm elections, here are the legislative battles he won:

Those are some tough and serious legislative victories; they require that you have an iron spine to fight and win them. It was a tough year for the president. He got hit real hard in the midterm elections, but he recovered strongly and expeditiously.

The First Lady, the girls, and he -aboard Air Force One -flew out of Andrew Air Force Base to Hawaii for a well-deserved and relaxing two-week vacation.

Starting January, the 112th Congress is going to start its legislative operation. I can foresee some rough and tough arm twisting going on both sides of the political spectrum. Mind you, 2012 is already taking shape. So no need to mention it is going to get even more interesting than it has ever been. I just cannot wait!

It seems as though President Obama has made a strong comeback, according to most polls out there. And all that is 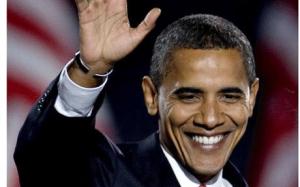 due to what he has accomplished during the lame duck session –the passing of his tax cut legislation, extension of unemployment insurance, the repeal of DADT, possibly the passing of the START treaty and the 911 Health Care bill for the 911 responders.

President Obama has done something EXTREMELY smart -he campaigned from the left, spent the first half of his term governing from the left and got slammed and crushed for that in the midterm elections, now he is moving to the center to outperform his opponents to the finish line -November 2012.

He had to bring Bill Clinton, the best political communicator and mastermind we have in the Democratic Party, to help him make the case for his move to the center. Of course, liberals did not like and approve of it at first, but one by one, they are getting on board. According to a recent CNN poll, his approval rating among liberal democrats has dropped 8 percentage points (80% in November vs 72% in December); that is understandable.

Obama is a smart dude. He knows that no matter what he does and how he governs, his base may get infuriated, but they will never turn their backs on him. So that has given him some degree of room to maneuver and go after the independents who had flocked in record numbers. The same CNN poll I cited earlier shows that his approval rating among moderates has risen 5 percentage points (55% in November vs 60% in December). Keep in mind that independent voters always decide or sway the vote. So he is doing great thus far with the independents.

The tax cut legislation has not been in effect as of yet, but I can feel a sense of optimism in the American people. How long that is going to stay is not quite certain. However, one thing I know for sure is that David Axelrod, the president’s brain in the White House, is going to make sure that the Republican leadership in the House gets blamed for not getting things done, if nothing gets done that is, so that the American people could go against them, which tends to translate in the polls in November 2012. So I have four words to say -happy comeback, Mr. President!