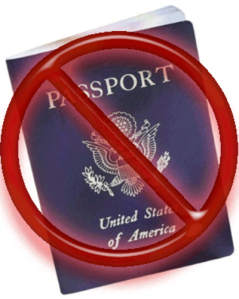 Let me take a minute to address these people trying to make the silly and ridiculous comparison between the citizenship case of President Obama and that of President Martelly.

Some argue that like Obama did show his birth certificate when Donald Trump and others were raising doubts about his American citizenship, Martelly should give his passport to the Senate commission charged to investigate on the allegation of Senator Moise Jean Charles holding charges that Martelly is not Haitian so the country could move on.

Let me make it clear to these folks that those are two different cases in reality and political conjuncture. They are different in that, unlike the Martelly case, the allegation held against Obama did not come from a member of one of the country’s institutions; it came from a citizenship. That’s why even certain members of Congress in Trump’s party, the Republican Party, were calling him out on this.

In the Martelly case, however, you have a state senator making the allegation that Martelly is not Haitian. Now a Senate commission, from one of the country’s institutions I must add, is investigating the case. What makes this case appalling is not the fact that the citizenship of President Martelly is being questioned, but rather who is questioning it. This is not a simple citizen like Donald Trump questioning the president’s citizenship; it is a state senator.

In any country around the globe, a senator holds certain power and authority a normal and ordinary citizen does not. He or she can access any information in any institution at any given time to come to the bottom of anything he or she has doubts on.

So in light of that, before Moise Jean Charles, a senator I must add, came out to make such a serious allegation against President Martelly, he should have taken his time to collect all the pertinent information to build his case and corroborate his stance. He only submitted two bogus passport numbers, one of which, the American passport number, per Ambassador Merten, has absolutely nothing to do with the president. That alone should have been grounds for rejection of the case for insufficiency of evidence. No, they still want to play politics with this baseless and unfounded issue while millions are unemployed and living in abject poverty.

Now that they realize they are making a fool of themselves because the pieces of evidence they so-called had to substantiate the case against President Martelly have been refuted, they are pressing the president to come out with his passport to rescue them from the embarrassment. Why should he? I say let them destroy themselves. As Napoleon Bonaparte eloquently stated, “Never interfere with an enemy while he’s in the process of destroying himself.” So he must NOT submit his passport; it will stay in his pocket as he stated.

In the President Obama case, he did release his birth certificate because he was facing reelection pressures. That was the only way for him to put the nonsense behind him. Had he not done so, the issue would have not been put to rest, which could have caused him his reelection. So for the sake of politics, he was obliged to relinquish this very personal information. He did it for politics, not because he wanted to be a good-hearted and patriotic citizen.

It is imperative that we do not get these two cases mixed up. They are diametrically different, though they may have some points of similitude. Donald Trump is a simple citizen; Moise Jean Charles is a senator. The Tea Party backing Trump on his charge is a political entity within the Republican Party; the commission charged to investigate on President Martelly’s foreign nationality is an entity from within the country’s Senate, an institution of the state.

The fact that these guys in the Senate, after about three months of futile investigation, have yet to come forth with a conclusion of their investigation has proven their incapacity and the weakness of our institutions. If this case was investigated in the United States, I do not think they would have relied on President Obama’s goodwill to submit his travel papers to conclude whether or not he is a US citizen. No wonder the world is laughing at us as though we are a bunch of cave people living in this 21st century.