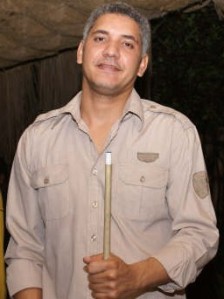 What’s the beef between NU LOOK’s ARLY LARIVIERE and KREYOL LA’s TI JOE ZENNY really about? I guess this back-and-forth nonsense between these two is taking a whole different route, apparently.

I was reading Kompamagazine and stumbled on an answer given by Fabrice Rouzier to a question on the nature and significance of the beef between the aforementioned two; he said: “Ti Joe is walking on a wire with this one. Yes , he is the actor with the funny lines and all but i think the homophobic line may get him in trouble. If i were Arly, i’d ask him what his real problem is with gay men or women?”

How did I miss that homophobic remark of his? I guess I did not dig deep enough. Did he call ARLY a “masisi” (Creole word for gay) or something? Okay… if so, so what ARLY was gay!!!! Does his gayness impact his ability to produce hits after hits on every single album? Does his gayness make him less of a human being to dare taking on TI JOE as a challenge in a trash-talk contest? I don’t think so. So what does his homophobic remark have to do with any strife between him and Arly?

This is the type of ridiculousness we need to correct when these guys tend to forget that they cannot be saying things just for the fun of saying things. When you are an artist, a public figure for that matter, you are so influential that your words, statements and behaviors can negatively or positively impact an entire society because you have people looking up to you. That’s why you have got to be ultra careful.

I did not read TI JOE’s homophobic jab thrown at ARLY, but I do trust FABRICE’s honesty in his reference. I think TI JOE needs to exercise a little bit of political correctness next time, if he needs to avoid drawing unnecessary attention to himself and the band he is a member of.