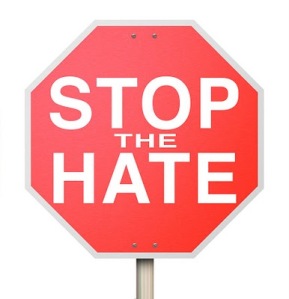 Just a year ago, GLENN BECK called President Obama a racist. He said on Fox & Friends on Fox News: “This president, I think, has exposed himself as a guy, over and over and over again, who has a deep-seated hatred for White people, for the White culture… this guy is, I believe, a racist.”

RUSH LIMBAUGH, the voice of the American Right, is among the 25 – 30% Republicans who strongly and wrongly believe that President Obama is a Muslim. On his show on Wednesday, August 25, 2010, he said: “How can America be Islamophobic? We elected Obama, didn’t we? If this is a nation that is Islamophobic, how do we elect a man whose name is Barack Hussein Obama?” Click here to listen to the sound bite

NEWT GINGRICH, one of the Republican presidential candidates, had associated Muslims to Nazis. On Fox News, just a year ago, reacting to the controversy surrounding the building of the Islamic Center in the vicinity of the World Trade Center site, he stated: “Nazis don’t have the right to put up a sign next to the Holocaust Museum in Washington. We would never accept the Japanese putting up a sign next to Pearl Harbor. There’s no reason for us to accept a mosque next to the World Trade Center.”

Their agenda is twofold: 1. Use the attacks on September the 11th to demonize ISLAM and push for a WAR on the religion; 2. link the president to Islam by spreading misguided information about his faith. The logic behind the strategy is that if they can get the American people to have a negative view of Islam, calling President Obama a Muslim will automatically get the people to have a negative view of him. This is what you call incrimination by association.

On Tuesday, August 24, 2010, Michael Enright, a 21-year-old American film student, asked 43-year-old Bangladeshi cab driver Ahmed Sharif if he was a Muslim before slashing and stabbing him in the face, throat and arm in broad daylight in New York. You should ask yourself how this young student got to espouse such bitterness against Muslims.

On Wednesday, August 25, 2010, an intoxicated man, identified as Omar Rivera, entered a mosque in Queens, New York, urinated on prayer rugs, stuck up his middle finger at everybody happened to be inside and called them terrorists and all types of names.

Now, folks, this is America we are now talking about -the country that values freedom of religion and free speech. How did we get to where we are today? Since when being a Muslim was a crime? How did we get to hate people of the Islamic faith? Are we going to be walking around identifying Muslims and slashing and stabbing them?

Mr. Enright, Mr. Rivera and others got their Islamophobia from the anti-Islamic sentiment coming from these aforementioned right-wringers. You don’t walk around hurting people and expect yourself not to be stopped BY ANY MEANS NECESSARY. You find peace of mind by making peace with yourself and others, not by bullying and clinging to violence.