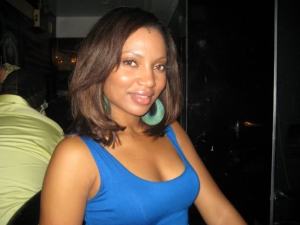 Retrieved from Kompamagazine.com: “MADMAN JP ‘An artist like NIA has had the support of so many people for so many years. A lot of people want to see her make it big. The fans, the media, musicians, a lot of people want her to make it, but because of her choices, surroundings, look at where she is at now? She is still NOT at the level that she should be at.'”

“MADMAN continues ‘She started with Alex Abellard, she went to JBeatz, now she is with Jube and Sobs. What have they done for her and her SOLO career? All of that is because of HER decisions. NIA should have been doing what Misty Jean is doing right now..YEARS AGO, and she should have been one of the most popular bands/hmi acts in the business by now. A lot of people want to see an hmi female artist with her band do well in the business. NIA has only herself to blame for her career choices as a solo artist.'”

I tend to agree with Madman in that Nia is the sole responsible for her demise and shortcomings. By the same token, I disagree with him when he wants to make believe that Alex Abellard of Zin, Jbeatz and Jube of SOBs have not done enough or anything at all for her. That’s silliness!!!

Nia is a victim of a market that is not friendly to women. These aforementioned guys had done or have been doing the best they could to work with and get her out there. But, unfortunately, the market challenges they had or have to overcome to put and keep her on the map are too steep to overcome.

In this Konpa market, women are not being taken seriously. That’s why I’ve been urging them to distance themselves from that field and explore better and more promising markets -for example, the Zouk, R&B, Soul, Folklore, Jazz…

Konpa is not the only genre we have in our musical mosaic, why is it that these talented women are so obsessed with it? Why do you think Emeline and Tifane are touring the world making a name for themselves?

The Konpa market is already not friendly to you all, why wasting your valuable time and talent trying to cater to it? Seriously, I don’t seem to see the rationale behind the obsession.

I wrote about this issue in a previous article entitled “The Future of Women in Konpa Direk,” which you can read for yourself by clicking on this link: https://ekspoze.wordpress.com/2010/09/30/the-future-of-women-in-konpa-direk-2/

And he mentioned the name of Misty Jean as a prototype of a successful female Konpa artist. This has got to be a joke. Is he serious? Nia does not need to follow the footsteps of Misty Jean, who, herself, is a victim of the same misconceptions.

In conclusion, It is still early in the process for Nia to seize herself, take control of her career and turn things around. Talent never dies. She has it in her. So It is preposterous for Madman to argue that Alex Abellard of Zin, Jbeatz and Papa Jube of SOBs had not done for Nia. She is just a victim of a market yet to be receptive to women. There is nothing they could have done differently to rescue her. At least, they had tried.