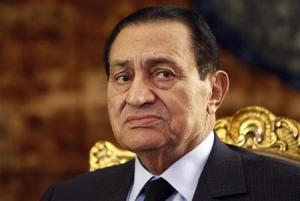 The Egyptians are setting the tone in terms of what a 21st century political revolution looks like. The world is now experiencing an unprecedented course of event taking shape in the largest Arab country in the world.

These people have been engaging in an internet-driven revolution –something totally new for Mubarak to strategize again. He is being caught by surprise and does not really know how to counterattack it.  But, being the stubborn he is known to be, he is trying so hard to hang on, despite the fact that the political forces inside and outside Egypt are strongly going against him.

Last night in the United States, while the streets of Cairo, the capital city of Egypt, were burning hot by the revolutionary heat coming out of the bodies of 2 million protesters (the number of protesters as estimated by Al Jazeera) gathered in Tahrir Square to ask President Mubarak to leave, president Obama had a 30-minute phone conversation with Mubarak to pinpoint his administration’s position on the situation in Egypt.

Minutes after Mubarak announced in a televised address that he will not seek reelection in the September presidential election and that he will stay in power for the remaining of his term, President Obama came before the camera to deliver a clear, concise and unambiguous message to the Egyptian dictator. He said: “It is not the role of any country to determine Egypt’s leaders; only the Egyptian people can do that. What is clear, and what I indicated tonight to President Mubarak is my belief that an orderly transition must be meaningful; it must be peaceful; and it must begin NOW.” I hope Mubarak gets it this time. The US has officially turned its back on him.

The protesters on the streets of Cairo are not putting their militancy to rest. 30 seconds after Mubarak’s televised address has ended, they were chanting “Leave! Leave! Leave!”

Basically, the 83-year-old ruler of Egypt is trapped. He lost the backing of the US, his longtime supporter; the majority of the Egyptian people are not with him; and the political equation cannot be balanced with him clinging to power. So his days are definitely numbered.

In such a volatile and unpredictable political conjuncture, anything can happen. My political sense is telling me that if everything stays the way they are now on the international stage and on the ground in Egypt, Mubarak will not see another week. If he refuses to capitulate on his own, he will be toppled by the Army; a coalition government will replace him to organize the scheduled September presidential election.

You are now living political revolution 2.0 as it must be conducted in the 21st century. Keep in mind that this is a leaderless movement, meaning had it been better organized and structured, it could have been even more effective. Everything is being coordinated, planned and debated on Facebook and  Twitter. This is a model of political revolution we Haitians may adopt to fight recalcitrant politicians like Rene Preval in Haiti.