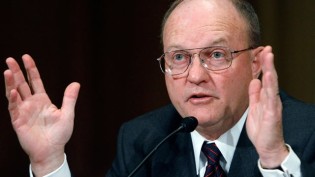 General Colin Powell, one of the most respected public figures in America, one of the most revered Black men in the world, a longtime Republican, has again endorsed President Obama for his reelection; he wants him to continue with the work he has been doing to move the country forward.

For this endorsement, John Sununu, one of the top Romney surrogates, went ballistic. He said that General Powell’s endorsement of the president is racially motivated, which he understands as he (General Powell) and President Obama are both Black.

Retired Army Colonel Lawrence Wilkerson, General Powell’s Chief of Staff, a member of the Republican Party, has rejected Sununu’s statement on the endorsement of General Powell of President Obama and said what he thinks of the today’s Republican Party. On the Ed Show on MSNBC, he stated: “To say that Colin Powell would endorse President Obama because of his skin color is like saying that Mother Teresa worked for profit.”

Here is the part of Colonel Wilkerson’s statement which I think these Haitian Republicans need to pay attention to. With respect to the Republican Party, he said: “My party, unfortunately, is the bastion of those people (not all of them, but most of them) who are still basing their decisions on race. Let me just be candid: my party is full of racists. And the real reason a considerable portion of my party wants President Obama out of the White House has nothing to do with the content of his character, nothing to do with his competence as commander-in-chief and president and everything to do with the color of his skin, and that is despicable.”

Colonel Wilkerson’s statement has made my moment. That is why when I think of the Republican Party, I think of three things: whiteness, wealth and racism.