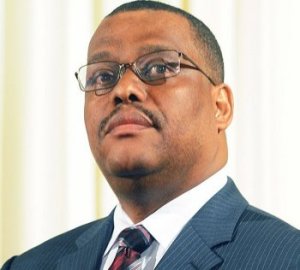 The resignation of Prime Minister Conille does not surprise me a bit. I could foresee it coming. If it did not happen today, it was going to happen soon or later as he was becoming a powerless Prime Minister.

I supported him at first. But after I realized that he was challenging the president’s politics on many big political issues, such as the unfounded dual citizenship allegation of the president coming from Senator Moise Jean Charles, the publication of the text of the constitutional amendment, etc… I was somehow confused to the point where I found myself asking if he was executing his own agenda or the president’s.

He positioned himself as someone who was challenging the president. It is like having Vice President Biden going on the opposite direction to certain key political positions President Obama has taken. This is unacceptable.

I knew the Prime Minister’s days were technically over; it was just a matter of time for the end of his tenure to materialize. It is one thing to be in disagreement with the president, but when you have all the members of your own ministerial cabinet defying your orders, that in itself is politically crucial. When that happens, you can no longer consider yourself as someone in command.

It seemed as though there was a trust issue between Prime Minister Conille and President Martelly. The cohabitation between these two men had reached a point of no return, especially after the president had stormed the Prime Minister’s place of residence during a clandestine meeting he (the Prime Minister) was having with certain members of the legislature, some of whom are stark opponents of the president.

Days after this incident, as a result of a cabinet meeting, the president had issued a statement, which, with the exception of the Prime Minister, all the ministers who were there had agreed to. In the statement, the president had asked all the members of the government not to cooperate with the legislative committee in the investigation of the citizenship status of the president and all the members of the government -the Prime Minister, the ministers and the general secretaries.

Prime Minister Conille has placed himself in such predicament. He has not proven to be a team player. The senseless war of influence he started with the president was not warranted. You don’t do that, not with a president you are called to cooperate with to lead his government.

Now that he has resigned, President Martelly needs to go through the constitutionally required process to choose another Prime Minister.

I am rooting for Charles H. Baker, the former candidate for president, for the Prime Minister job. Unlike Conille, Baker is not an outsider; he knows the players on the ground. He is a man of consensus who is capable of building a great team to execute the president’s plan for the country.

This is not the time to be going to a panic attack. The resignation of the Prime Minister should have been expected, and we should have prepared ourselves for the eventuality. I refuse to believe that the country is going through a political crisis as the resignation of the Prime Minister is a possibility recognized in the Constitution; by the same token, we also have the constitutional recommendations as to how to address it.