Let me ask you a question; hopefully, you will use your brain, not your blind faith to dissect it. Can you please tell me 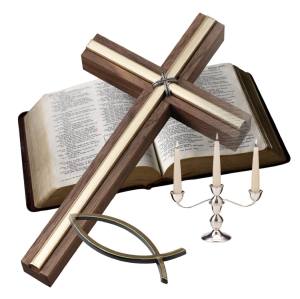 one thing that is to work in your advantage as a Black person that the White man let you have without a fight?

If you look around or if you go down to dig into the historical archives, you will realize that everything we Black folks have for our own emancipation, we had to fight with our lives to earn them -for example, the independence of the Haitian people from the brutal French system of slavery in 1804, the passing of the Civil Rights Act of 1964 to abolish segregation and discrimination in the United States, the end of Apartheid in South Africa in 1994, etc… And even after we earn them, we have to be constantly guarding them so that he does not trick us and take them away from us. That goes to show you how much he cannot and must not be trusted.

Yet, without a fight, he brought you Christianity -his imported religion -and handed it to you. You embraced and made it yours. You are so much of a defender of his own religion, more so than he basically is, that you are willing to kill your own brothers and sisters over it –something that does not even belong to you.

You think he cares so much about you that he wants your soul to be spared. While you think he has got to care so much about your soul to be handing you his so-called soul-liberating religion, don’t forget that it was forced on you at a time when you were being treated worse than a pet, not any kind of pet. He submitted you under some of the most egregious and inhuman treatments ever. In spite of it all, you still believe he lets you have his religion because he loves and cares about you so much, huh?

When will you start opening your eyes to see and using your brain to start asking pertinent questions? Let’s use our ability to reason to brainstorm on this issue for a change. Do you seriously believe that the White man let you have his religion because he so much loves you and cares about your soul being spared? If his religion was as good as he told you, do you think he would have let you have it without a fight? And if it was to be working for you, why did he have to force it on you when you had to fight with your life to earn your freedom from him? Let’s talk. Maybe I am in the wrong. If so, please answer the questions and convince me that I am.